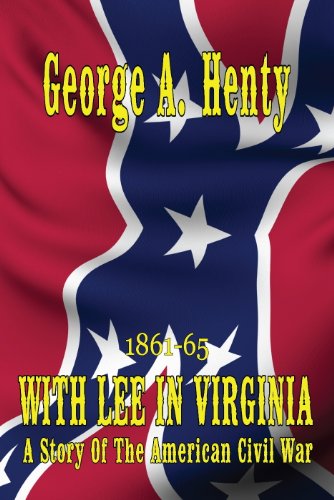 WITH LEE IN VIRGINIA: A Story of The American Civil War [Annotated] (The Henty History Series)

With 91 pages of additional articles, references, and bibliographies of recommended reading.

In Henty’s words, “The Great War between the Northern and Southern States of America possesses a peculiar interest for us, not only because it was a struggle between two sections of a people akin to us in race and language, but because of the heroic courage with which the weaker party, with ill-fed, ill-clad, ill-equipped regiments, for four years sustained the contest with the adversary…”

Virginians voted against withdrawal from the Union, until the threat of invasion by the armies of Lincoln drove them to become secessionists, and they joined the states of the South in defending themselves and their homes.

Virginian, and plantation heir, Vincent Wingfield, understands the structure of labor necessary to run the Orangery Estate, the broad lands being tilled by upwards of two hundred slaves. There were in addition three other properties lying in different parts of the State. He is also keenly aware of the mistreatment often meted out by cruel masters. However, he must bear arms against the forces from the North and join up with Jeb Stuart’s cavalry under Generals Robert E. Lee and Stonewall Jackson. He ultimately fights in all the major campaigns of the Northern Virginia Army, is wounded several times, barely escapes from the Elmira Prison, and experiences the courage and devotion of a runaway slave and a black servant.