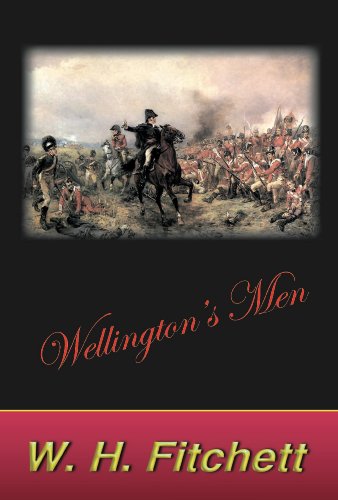 Wellington’s Men is perhaps best summarized by the words of the author in the opening sentence of the book.

“This volume is an attempt to rescue from undeserved oblivion a cluster of soldierly autobiographies; and to give to the general reader some pictures of famous battles, not as described by the historian or analysed by the philosopher, but as seen by the eyes of men who fought in them.”

Fitchett attempts that rescue with a brilliant rendering and analysis of parts of four biographies—written by two junior officers, a sergeant, and a private soldier. Each of these men were eye-witnesses to the major events of Wellington's Peninsula Campaign, and write about both what they saw, and what they thought about what they saw. They are the “...actual human documents, with the salt of truth, of sincerity, and of reality in every syllable.”

Each of these books are presented and discussed by one of the finest historians of his day: William Henry Fitchett.
Related Posts
Share This