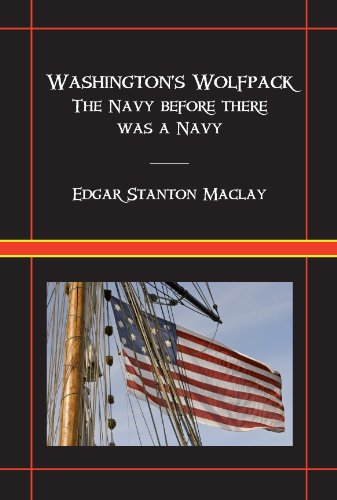 Washington’s Wolfpack: The Navy Before There Was A Navy

Historians tell us that the United States Navy was founded on October 13, 1775. But was it?

In the Revolutionary War and the War of 1812, the government employed a total 70 warships, carrying 1,800 guns and swivels. In those same two wars there were 1,300 privateers operating with almost 16,000 guns and swivels So, which was the real U.S. Navy?

In both wars the British didn't strategically fear our warships; they feared our privateers—a swarming collection of privately-owned armed ships who were, in effect, legalized pirates.

Yet everyone knows about the USS Constitution, the Constellation and the United States. But how many have heard of the Argo, the Chasseur and the True Blooded Yankee?

We honor the courage and daring of naval officers such as Truxtun, Decatur, Barney, Preble, and so on. But how many know that each of them were also once privateers?

Do you know about the audacious American privateer who posted a notice in Lloyd's Coffee House in London stating that, because he was now in their waters, all of England, Scotland, Wales and Ireland should consider themselves under blockade?

Based on Maclay's 1899 edition of A History of American Privateers, Washington's Wolfpack is an exhaustive yet entertaining treatment of this little known chapter in American History.
Related Posts
Share This