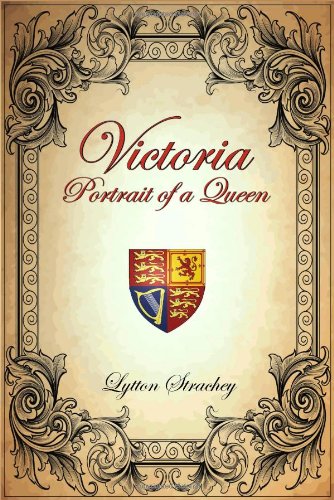 Victoria: Portrait of a Queen

The woman who ruled a nation and framed an Era. Alexandrina Victoria was conceived in a race between two disreputable, aging princes to beget an heir to the throne of England. She was only eighteen when she inherited the crown, twenty when she married her German cousin, Prince Albert, and eighty-one when she died in 1901. Her reign lasted sixty-three years and seven months-longer than any other British monarch. Strachey describes, with his characteristic flair, the politicians and courtiers who swarmed around this queen, exerting influence and shaping history. These included Melbourne, Palmerston, Gladstone, and Disraeli. Center stage, however, is the queen herself-stubborn, energetic, unthinkingly fierce in her loyalties, and with a determination to do good that was constantly at war with her pride of place. Queen Victoria, the Widow of Windsor, Empress of India. Meet the woman whose name became synonymous with an Age. Winner of the James Tait Black Memorial Prize. Britain's Oldest Literary Award
Related Posts
Share This