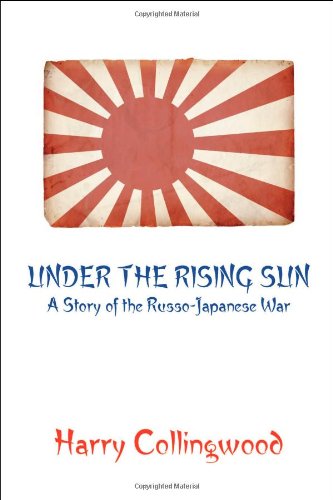 Under the Rising Sun: A Story of the Russo-Japanese War

Paul Swinburne, a young naval officer, is court martialed; but he refuses to testify on his own behalf. No one knows why. As a result, he is dismissed from the Royal Navy; and his hopes and dreams are shattered-or are they? The Japanese and the Russians are edging toward war, and the Japanese are sorely in need of trained naval officers. Swinburne is recruited and travels half-way around the world to fight for a country about which he knows little, and in a war about which he knows nothing. That, however, does not keep him from engaging in a series of breathtaking adventures and ultimately achieving great distinction. Making this book even more interesting is that it is one of the very few novels that is set during the 1904-1905 Russo-Japanese War. Yet it was this war that established Japan as a serious military power in Asia; and, in effect, sewed the seeds for WW-II. William Joseph Cosens Lancaster was the son of a Royal Navy captain and educated at the Naval College, Greenwhich. Even though he had been at sea since the age of 15, he had to abandon a career in the Royal Navy because of severe myopia which kept him from clearly seeing anything more than a few hundred yards away. If he couldn't serve aboard ships, he could certainly write about them-producing 23 nautically-related novels over a 27 year career under the pseudonym: Harry Collingwood.
Related Posts
Share This