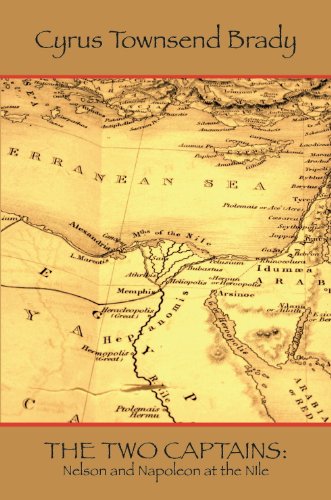 THE TWO CAPTAINS: Nelson and Bonaparte at the Nile

Two fleets, two perspectives, two lovers, and one battle—with the eastern Mediterranean and all of India at stake.

This is the story of two “captains,” Horatio Nelson and Napoleon Bonaparte. In 1798 Napoleon mounted a massive military invasion of Egypt. The objective? To roll up the middle east and push on to India—just as Alexander the Great did 2100 years earlier.

In that same year, Horatio Nelson was assigned to intercept him or, failing that, destroy his fleet wherever it might be found. He finally located it anchored in Aboukir Bay, a few miles from Alexandria, and the stage was set for the Battle of the Nile.

Overlaying the drama of these events is the story of two lovers—one a cocksure British-Irish naval captain, the other a dispossessed French countess whose family has hated the British for countless generations. Their romance is put to the ultimate test when he must decide between his love for her and his love for his country.
Related Posts
Share This