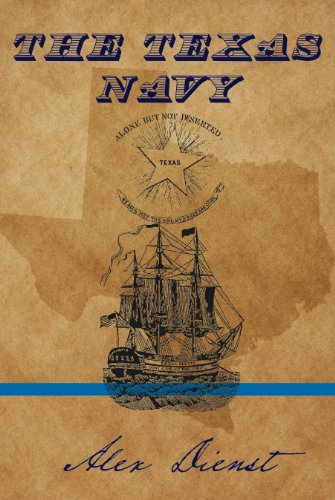 Between 1835 and 1845 the Republic of Texas had their own fleet. In between court martialing each other, suppressing mutinies, legalizing piracy and getting stone drunk in New Orleans—they actually found the time to beat the British and Spanish- trained Mexican navy.

In 1906, Alex Dienst made an exhaustive study of the Texas Navy. Using original source documents and newspaper accounts of the day—now, in many cases, long lost—he put together this intriguing book.

It's a little known story of chaos and confusion, mixed with unparalleled heroism; and it deserves to be told again.
Related Posts
Share This