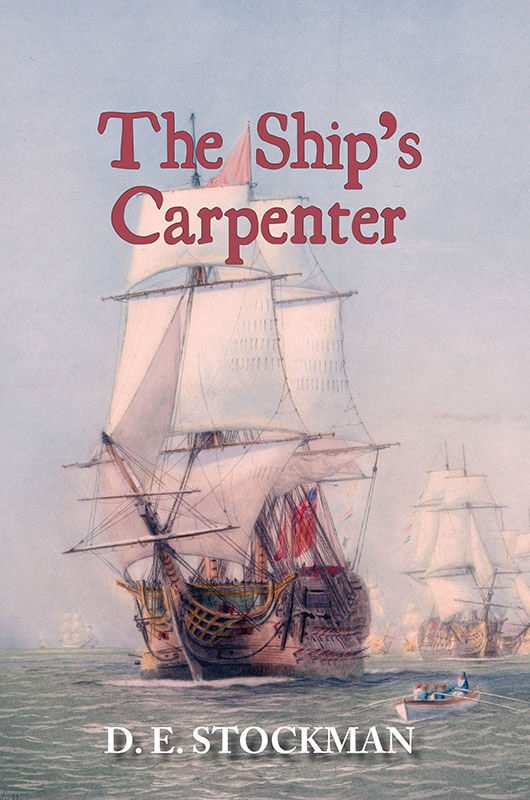 Caught between Great Britain and France in the mid 1700s, Abraham struggles to pursue his passion for shipbuilding. Kings and captains interrupt his quest for a peaceful life as he encounters and overcomes barriers in two opposed and stratified cultures. From the streets of old London to the Citadel of Louisbourg and lands between, sea-faring battle action and love’s complexities entwine to create a dramatic story centered on the carpenter and his love, Yvette. The fastest frigate on the seas links a host of historical characters, with warriors, nobles, shopkeepers, and lovers crossing paths in the wake of la Renommée. “The Ship’s Carpenter tells a satisfying story that will be welcomed by anyone with a taste for well-researched Historical Fiction.” —Alaric Bond, author of the Fighting Sail Series

RT reviewed The Ship's Carpenter (Tween Sea and Shore) a compelling work of historical fiction December 13, 2019 "The Ship's Carpenter" is an exciting first entry in the 'Tween Sea & Shore' series of historical fiction about mid-eighteenth century naval warfare between England and France. Largely based on true events, with the actual ships involved and the people who crewed them forming the basis of the tale, author D. E. Stockman vividly focusses on the lives of a select group of characters who face the perilous turmoil of unsettled times. Reading about their various warship entanglements in the conflicting political waves between those nations' struggles for dominance, I was fully engaged in a tangible 'you-are-there' literary experience. With believable period dialog and compelling personal stories throughout, Stockman's deft handling of the battle scenes of ships at sea also left me breathless. I felt he included enough naval and seafaring jargon to convince me of authenticity without getting bogged down in unnecessary minutia. His informative online addendum at http://stockmanbooks.com provides valuable additional details and illustrations of warships of the period, a glossary of naval terminology, a 'cast of characters', plus pertinent maps of world regions where the story unfolds. I am eagerly awaiting the next volume in the series."
Related Posts
Share This