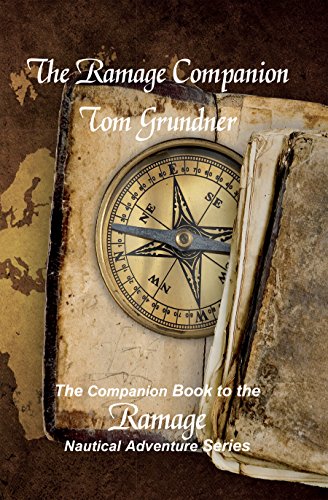 The book that Ramage fans have long awaited

Tom Grundner has created an indispensable guide for the Ramage fan. Written in a light and entertaining style, he provides snapshots of the people, places and events that shaped Nicholas Ramage and his times. It’s a treasure trove of information not only for the Ramage devotee, but for anyone interested in 18th and early 19th century naval warfare.

• Do you know the difference between a “long nine” and a carronade; the origin of mayonnaise; or how the French press described their victory at Trafalgar?

• Do you know the precise location of “no Where;” the amazing history of the Eddystone Light; or how to make lobscouse?

• If you had a duke, an earl, and a baron over for a cold one and to watch the game, do you know who gets the pretzels first?

The book that puts the capstone on the Ramage series…