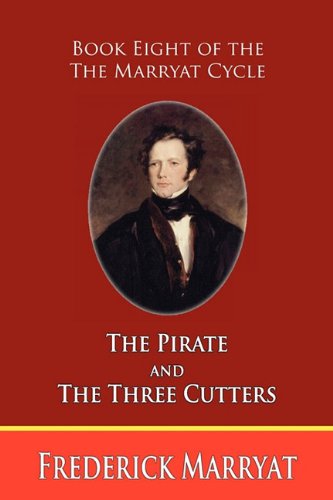 From the Father of Modern Nautical Fiction The Pirate and The Three Cutters were produced in 1836, and are almost always published together. Both delightful, light-hearted, books, it's as though Marryat wanted to serve us a few appetizers before he got to his literary masterpiece, Snarleyyow, which was published the following year. The Pirate is about two brothers-twins-who are separated in childhood. One becomes a pirate, the other a naval officer. Eventually the one renounces the pirate life, and meets up with his twin. The good news is that, together, they go off in search of the pirates. The bad news is that they find them. The Three Cutters is one of the first, if not the first, nautical fiction story based on yachting. A nobleman attempts to assist a revenue boat in the apprehension of a smuggler. Instead, the smuggler commandeers the yacht, and assumes the yachtsman's identity. With that as a cover, can he now continue his smuggling mission? If so, what's he supposed to do about the woman he finds aboard the yacht? These are two short but very entertaining stories.
Related Posts
Share This