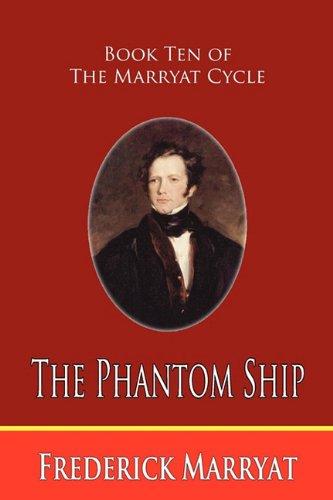 The Phantom Ship (Book Ten of the Marryat Cycle)

From the Father of Modern Nautical Fiction The legend of the Flying Dutchman goes back at least to medieval times, and probably earlier than that. In its basic form, it is about a ghost ship that can never go into port, and is doomed to sail the oceans forever. Indeed, in Marryat's day, one would be hard pressed to find a ship on which at least one crewman had not personally seen the Dutchman. It was this thematic premise that inspired The Phantom Ship. The story is about a sailor, Philip Vanderdecken, who is in search of his father. His father is the captain of the Phantom Ship and is condemned to sail for eternity after he made an unwise oath before killing a man. Philip wears a piece of the True Cross tied around his neck and, with it, he hopes to free his father from his bondage-if he can find him. This is one of Marryat's very best stories, containing great sea adventure, a dash of the supernatural, and even a chapter featuring a werewolf that has been excerpted in numerous anthologies. It's a great read.
Related Posts
Share This