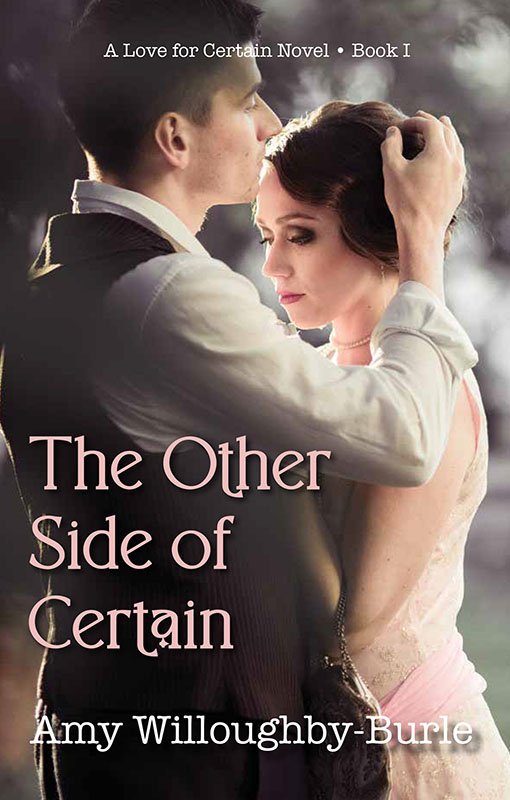 The Other Side of Certain

For the love of love…and books...
Mattie Mobley planned to be a teacher, but when times grew tough during America’s Great Depression and there were no teaching positions in her hometown of Asheville, NC, Mattie found work starting a school and helping the Pack Horse Librarians just over the mountains in the rural town of Certain, Kentucky. She’s not certain at all that this is a good situation, but she’s determined and honestly, a little desperate. Of all the things that Mattie does have—money, comforts, a good name, she doesn’t have what matters most—friends, love, and a purpose of her own.
Daniel, “The Grizzly Bear,” Barrett had a lovely life for a little while. Overcoming his family’s bad name and worse reputation, he made a life for himself in Certain. He was married with children and a figure of respect in his church, but desperate times called for desperate measures and a terrible tragedy was the result. Now exiled with his children along the wily run of the Hell for Certain Creek, Daniel has gotten used to being the town pariah again. It’s in his blood after all. Right? Maybe not, but he’ll need the powerful influence of love not only to change his own mind about himself but to convince his estranged extended family and the whole town as well.
Can one librarian with a saddlebag full of books make people see the difference between fact and fiction? Mattie loves a good story, and this may be her best one yet. Fiction tells the best truths and the best truth of all is love.

“As a fan of southern fiction, I had high expectations for ‘The Other Side of Certain,’ and Amy Willoubhy-Burle exceeded them all. She weaves an inspiring story of redemption and finding home in a rough-around-the-edges town that both intrigues and entertains from page one. Simply put, the book is lovely! With thought-provoking dialogue, characters you can’t help but cheer for, and poignant symbolism, Burle tackles the topic of hell on earth and in man—displaying God’s grace and mercy throughout. The ending will leave readers with a smile on their faces and hope in their hearts.” —Beth Pugh, Award-winning author of ‘The Valentine Proposal’ and ‘The Santa Run’
Related Posts
Share This