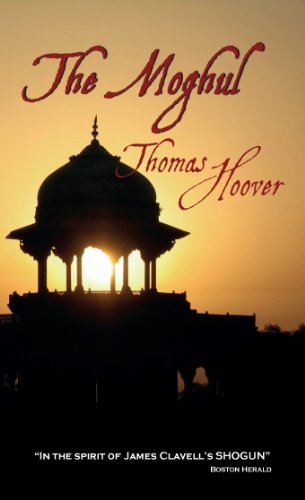 “...the finest book on India since Kipling.”

India 1620: India is ruled by the son of the great Akbar, and is about to pass his crown to one of his sons. Brian Hawksworth, ship's captain and emissary of King James, must choose sides, but will he choose correctly? The future of England, and of India, depend on it.

He had come to India to open trade for “barbaric” England and squeeze out the Portuguese, who try to kill him at every opportunity. But once on land, he becomes captivated by the country and the people. The beauty and romance of the exquisite Moghul Empire seduce him from his material goals to a new quest for supreme sensuality in music, mystical visions, and sacred lovemaking.

From pulse-pounding sea battles, to tiger hunts, war elephants, harems and forbidden love—The Moghul takes you on a breath-taking tour of the India that existed before the British Raj.