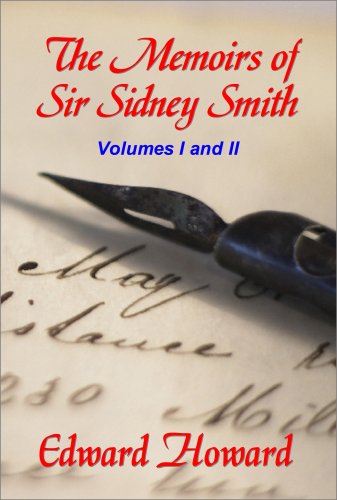 The Memoirs of Sir Sidney Smith

Who was the greatest British admiral of the Napoleonic Era? Horatio Nelson? Perhaps. But a very strong case could be made that it was Sir Sidney Smith. His exploits were every bit as daring as those of Nelson, and in some ways he accomplished even more. But Nelson got the good press and Smith did not, and does not even today.

In 1793, during the retreat from Toulon, Smith destroyed more French ships than had been destroyed in any British fleet action prior to that. Yet, he was blamed by Nelson and Collingwood (neither of whom were there) for not destroying more.

The first person to defeat Napoleon on land head-to-head was not Wellington; it was Smith at the Battle of Acre. Everyone knows about Nelson at Trafalgar; but few people realize that there would have been no Trafalgar if Smith had not stopped Napoleon in the Mideast.

In 1839, Edward Howard, a writing colleague of Frederick Marryat, wrote the first of two seminal biographies of Sir Sidney Smith. It was the only one seen and approved by Smith prior to his death. This valuable source document is reprinted here in it s entirety.
Related Posts
Share This