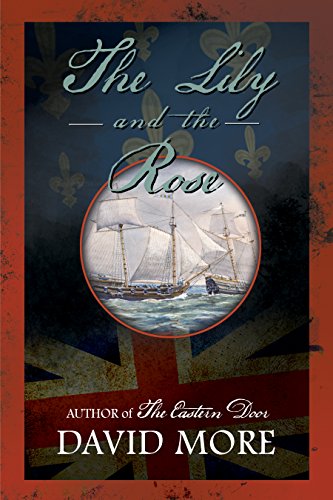 The Lily and The Rose (Smithyman Series Book 2)

The French and Indian War - Who will occupy the New World?
1761: The North American territories have become a tremendous source of wealth for the English, Dutch, and French merchants and nobility, as well as a land of opportunity for humbler men and women. As national rivalries escalate into outright war, the French and their increasing desperate native allies set out to destroy the northernmost British forts, abetted by Dutch and even British traders, who don’t care who they sell their wares to.
Sir William “Billy” Smithyman has achieved fame, fortune and love on the New York frontier since he arrived from Ireland as a young man, but now all of that is in jeopardy. Billy must coax the decimated Iroquois alliance into remaining loyal to King George, in the very face of what seems imminent victory for the French. Together with his wise and fierce Mohawk wife, Laura Silverbirch, and her warrior brother, Matthew, Billy has to fend off assassination attempts as well as enemy action - with a price upon his head!
Will an unsuspected ally in the most unlikely of places defy the arrogance of New France, or will the seemingly invincible French armies and armada sweep away the settlements that Billy and his friends have built? As world powers contend over what was once their homeland, what will befall the dwindling numbers of First People?
Related Posts
Share This