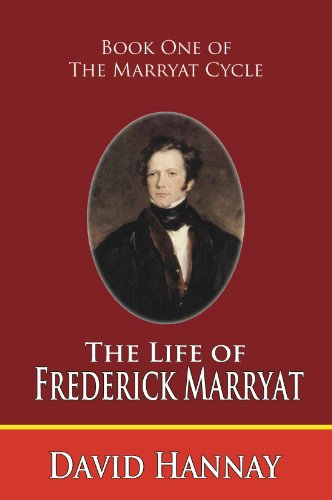 The Life of Captain Frederick Marryat: Book One of the Marryat Cycle

The First Book of the Marryat Cycle

"If you seek to understand nautical fiction, you must start with Frederick Marryat."

People the world over have thrilled to the fictional exploits of Horatio Hornblower, Jack Aubrey, Nicholas Ramage and others. But few know that these characters, along with the modern nautical fiction genre itself, can be traced in large part to the writings of one man—Frederick Marryat. Even fewer know that Marryat personally experienced many of the events he described.

As a young midshipman he served on the HMS Impérieuse under the famous Lord Thomas Cochrane. He fought at the Battle of Basque Roads, was part of the ill-fated Walcheren Campaign, fought the Americans during the War of 1812 and was even present when Napoleon died. Along the way, he was commended for bravery dozens of times, was the captain of a frigate, became one of the literary stars of his day, acquired several fortunes and squandered each of them away.

In 1889, the life of this extraordinary man was captured by David Hannay.
Related Posts
Share This