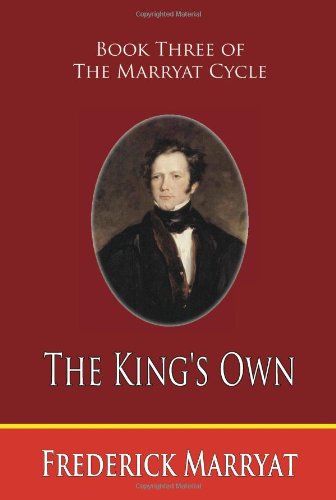 The King's Own (Book Three of the Marryat Cycle)

From the Father of Modern Nautical Fiction The King's Own, written in 1830, was the second book from Frederick Marryat's pen. The plot takes place about the time of the Nore and Spithead mutinies (1797). A man is hanged for his role in those events, but his son is adopted by the seamen on his old ship. We see him move through the ranks from ship's boy, to midshipman, to lieutenant; but part of the mystery of the young man is the broad anchor that is branded on his arm. It's the same symbol that is on all of the King's possessions aboard ship. We learn that his father was, in fact, the legitimate son of high born gentleman, making the young man his heir. Neither he nor anyone else, however, understands the significance of the anchor, which proves his birth and his heritage. This is one of Marryat's darker books, one which goes into a great deal of grisly detail of the realities of shipboard life. Despite the pain and sorrow, it is an exciting read and established Marryat's reputation as a serious writer.
Related Posts
Share This