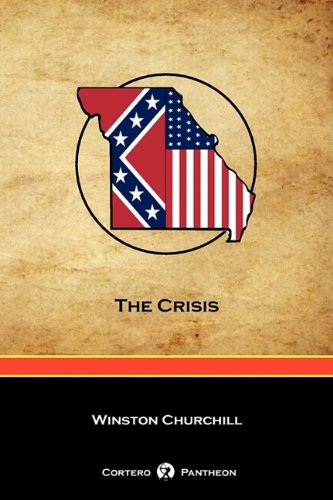 Missouri was in a delicate position in the years leading up to the Civil War. The state had been forged by two streams of immigrants, one from the north and one from the south. As a result, half of it was in favor of slavery, and half was against it. Indeed, when the Civil War finally broke out, the state had a star on the flag of both sides. The story is set initially in St. Louis where Stephen Brice, a talented young lawyer, arrives to work at a prestigious law firm. He quickly makes a name for himself in the community, and soon falls in love with Virginia Carvel, a young lady whose family is deeply Southern. After meeting Abraham Lincoln, he becomes convinced that no country can exist half-slave and half-free; and becomes an abolitionist. Needless to say, this does not sit well with the young lady, who would now rather die than marry a Yankee. When the shots were fired at Fort Sumter in 1861, they echoed all the way to St. Louis. It was time to decide. Slave or free? Union or Confederacy? The nation had to choose; and so did Stephen Brice and Virginia Carvel. The Crisis contains superb and well-researched descriptions of life in the Western theater of the war. Historical characters, such as Grant, Sherman, and Lincoln, are introduced naturally and realistic-ally. It is perhaps for these reasons, plus the riveting twists and turns of the plot, that The Crisis became a number one best seller. The author, Winston Churchill, is not to be confused with the man who would eventually become Britain's prime minister. Indeed, in his day, the American author was by far the more famous of the two.
Related Posts
Share This