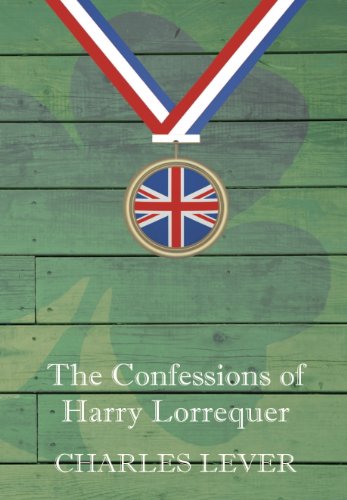 The Confessions Of Harry Lorrequer

“A wild ride through the 19th Century Irish countryside.”

This is the first of Charles Lever’s rollicking military novels. It involves a dashing young British Army officer, who is transferred to Cork with his regiment. While there, he undergoes what Lever calls “a mass of incongruous adventures”; or, to put it in the words of the hero of the story: “Such was our life in Cork—dining, drinking, dancing, riding steeplechases, pigeon shooting, and tandem driving—filling up any little interval that was found to exist between a late breakfast, and the time to dress for dinner…”

The book is filled with hilarious stories and anecdotes, and all sorts of interesting Irish characters—including some penetrating sketches of Catholic clerical life. In the later part of the book, the story ventures to Europe where we meet Arthur O'Leary, who becomes a main character in a later volume.

Lever was astonished at the success of Harry Lorrequer, and once remarked: “If this sort of thing amuses them, I can go on for ever." He did not “go on forever,” but he did complete some 37 volumes including classics like Charles O’Malley, Tom Burke of Ours, and Lord Kilgobbin.

But, it all began here with The Confessions of Harry Lorrequer
Related Posts
Share This