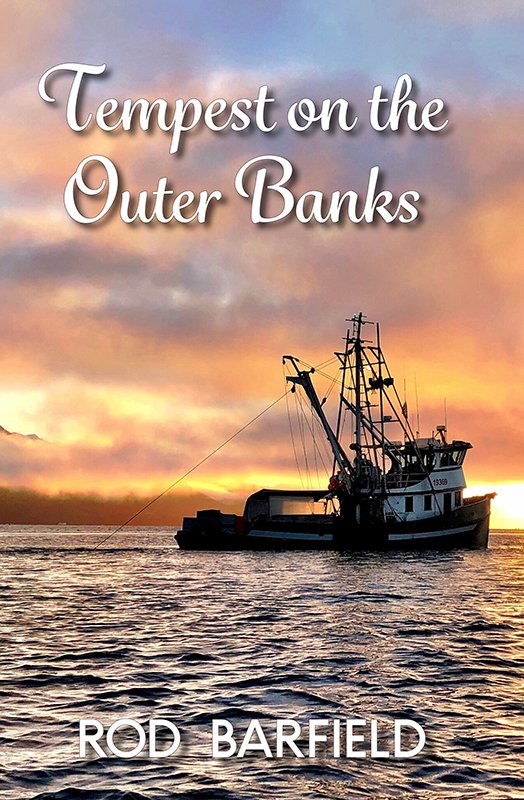 Tempest on the Outer Banks

After fifteen years working on the mainland, Kurt Salter returns to his boyhood home on Croatan Island on the Outer Banks of North Carolina. The bustling village of his youth, fueled by a menhaden reduction factory, has faded into an economic torpor after the closing of the plant. All Salter wants is to find some peace of mind and a place to pursue his photography. But the barrier islands have their own capricious history that is heedless of the aspirations of its residents. Kurt begins to find solace and even blunders into a relationship, but he and his new love, Regina, are swept along in island grudges and mischiefs not of their making. When Regina, a novice scuba diver, discovers the body of a murdered waterman floating in Pamlico Bay, she and Kurt become part of the flotsam and jetsam of simmering land feuds that hark back to the Civil War. The couple ally with the feisty quasi-mayor of Backtown, a shadowy black hamlet on the island, in which the murdered waterman lived. The murder leads the trio to the tortuous saga of the drownings of ten watermen from the factory ship, The Last Run, in the Graveyard of the Atlantic during hurricane Gladys in 1968. It will require the efforts of the whole village, including Backtown, to confront the tragedy of 1968 and bring the island back to life.

“Steeped in the history and lore of the [barrier islands of North Carolina], Tempest on the Outer Banks is a compelling read which leads to intrigue, murder, romance, and [a hidden African American village]. A marvelous debut novel which will enrich your own visits to the OB!” —Lawrence Bechtel, author of The Partial Sun and That Dazzling Sun
Related Posts
Share This