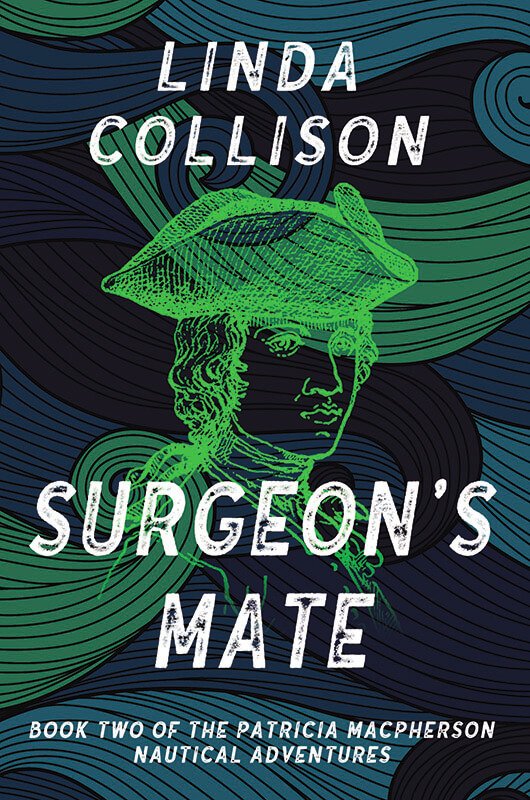 Patrick MacPherson is a qualified surgeon’s mate; but she’s not the man he claims to be.

It's late October, 1762. After surviving the deadly siege of Havana, Patrick MacPherson and the rest of the ship’s company are looking forward to a well deserved liberty in New York. But what happens in that colonial town will change the surgeon's mate's life in ways she could never have imagined.

Using a dead man’s identity, young Patricia Kelley MacPherson is making her way as Patrick MacPherson, surgeon’s mate aboard His Majesty’s frigate Richmond. She's become adept at bleeding, blistering, and amputating limbs; but if her cover is blown, she’ll lose both her livelihood and her berth aboard the frigate. The ship’s gunner alone knows her secret – or does someone else aboard suspect that Patrick MacPherson is not the man he claims to be?

Surgeon’s Mate, book two of the Patricia MacPherson Nautical Adventure Series, is a work of fiction inspired in part by the historical accounts of actual 17th and 18th century soldiers, sailors and marines who were in fact women. Included in this group were Christian Davies, Hannah Snell, Mary Lacy, Mary Anne Talbot, Deborah Sampson, and Chevalier d’Eon, to name but a few.
Related Posts
Share This