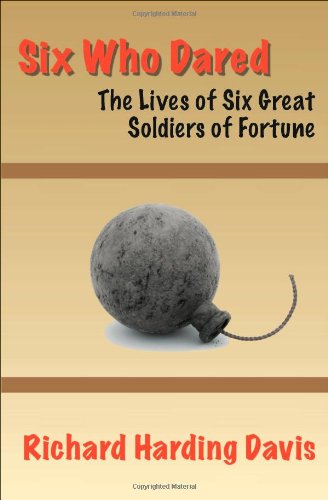 Six Who Dared: The Lives of Six Great Soldiers of Fortune (A Fireship CONTEMPORIZED CLASSIC)

Six Who Dared outlines the lives of six of the most daring, most outrageous, most endearing soldiers of fortune in history.
William Walker: If comfortable careers in law, medicine and the church bore you, perhaps you should consider invading various countries with a handful of men until you can eventually become president of one?
Ronald Douglas: Born into wealth, married into even more, Douglas died brokeâand as a hero in eighteen countries.
James Hardin-Hickey: When you come across an uninhabited island in the Atlantic, why not declare it a kingdom and yourself as itâs kingâat least until England decides she wants the place.
Winston Churchill: What better way for a young man to see action than to become a war correspondent, serve in numerous campaigns, get captured, and stage one of the most daring escapes in history?
Philo McGiffin: When you graduate near the bottom of your class at the U.S. Naval Academy and your own country wonât even give you a commission, what else is there to do but command a squadron of Chinese battleships and become commandant of their naval academy?
Frederick Burnham: Just your basic story of how a city boy from Pasadena, CA grows up to be the the finest scout in Africa, and have more hair-raising adventures than Indiana Jones.
âA powerful and original writer.â - Theodore Roosevelt
Related Posts
Share This