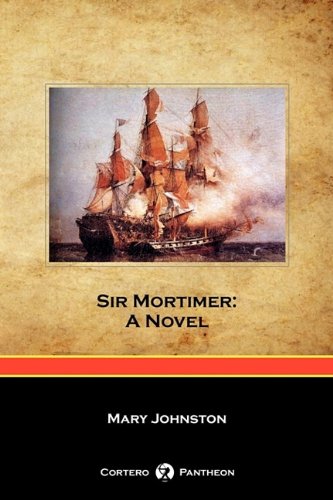 Another of Mary Johnston's dazzling novels of fighting, romance, and adventure-this time on the Spanish Main! Sir Mortimer Ferne is a privateer-a legalized pirate-licensed by Queen Elizabeth I to prey on enemy ships. All is going well until Sir Mortimer becomes the victim of an ingenious, but malicious, trick in which he is made out to be a traitor. As a result, he loses everything-his status in court, his friends, his fortune, and worst of all, his honor. This launches him on a quest to gain it all back; but there are forces that do not want him to succeed in that task. In the process of Sir Mortimer's struggle, we become witnesses to Sir Francis Drake's capture of Cartagena, and Robert Dudley's expedition to Flushing, both in 1585. It is a story of English sea-dogs on the Spanish Main; but it is done with Mary Johnston's incredible eye for historical detail, and her gift for telling a rollicking good tale. Sir Mortimer was Johnston's third book to "go gold." It was the fifth bestselling book of 1905, following the previous successes of Audrey (No. 5 in 1902) and To Have and to Hold (No. 1 in 1900).
Related Posts
Share This