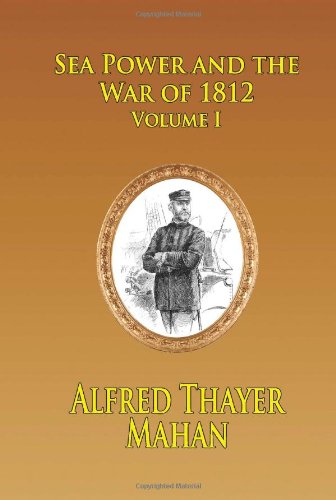 The Historian Who Changed the Way Naval Battles Were Fought In 1859 Alfred Thayer Mahan graduated second in his class from the U.S. Naval Academy. Unfortunately, he hated the smoky, steam-driven, ships of his time, and longed for the days of square-rigged sailing vessels. Making matters worse, when he eventually got command, he was terrible at it. HIs ships had this unnerving tendency to... well... run into things-other ships, piers, and so forth. In 1885 he was appointed to the Naval War College to teach naval history and tactics, and his true calling emerged. He might have been a terrible ship commander, but he was an absolute genius as a naval historian and theoretician. HIs books were avidly read by naval officers the world over. They shaped the way modern navies would be organized-and, more importantly, revolutionized the way ships would fight. Now, for the first time, Mahan's principal works-along with his autobiography-are brought together in a single collection. The Mahan Nautical History Series FROM SAIL TO STEAM: Recollections of a Naval Life SEA POWER AND WORLD HISTORY: 1660-1783 SEA POWER AND THE AMERICAN REVOLUTION: 1775-1783 SEA POWER AND THE FRENCH REVOLUTION: 1793-1812 SEA POWER AND THE WAR OF 1812 - Volumes I and II
Related Posts
Share This