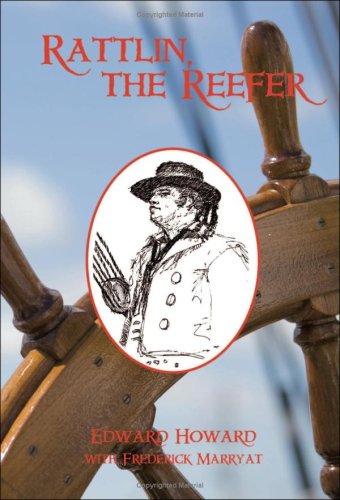 If you like the novels of Frederick Marryat you'll love Edward Howard's Rattlin, the Reefer. Rattlin, the Reefer was edited by Frederick Marryat for his friend and fellow captain Edward Howard. For several generations, however, people thought it was actually written by Marryat because it was that good. Like many of Marryat's books, this book is thought to be autobiographical; although this was never specifically confirmed by Captain Howard himself. However, from the main character's early schooling, to his life as a midshipman, to his experiences aboard ship, there is nothing in this book that could not have happened to a young man in the early 1800's. As such it gives us a wonderful insight into that period. Ralph Rattlin tells his life story with a kind of off-hand humor that is truly engaging. The story's accuracy to nautical detail is total-it could hardly be otherwise with someone like Frederick Marryat as the editor-and the scenes are crisp and vivid. While almost unknown to modern audiences, Edward Howard's writing has been favorably compared to that of Tobias Smollett and Herman Melville. If you enjoy those writers-and especially if you love the works of Frederick Marryat-you'll love Edward Howard's Rattlin, the Reefer
Related Posts
Share This