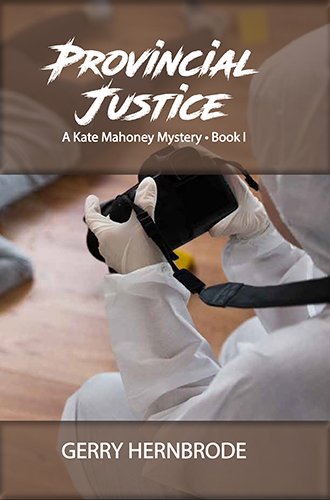 Set in Tucson, Arizona, Provincial Justice is a tale of greed, lust and, of course, murder.

In another life, Kate Mahoney, was Sister Katherine in the Congregation of the Celtic Cross, under the stern direction of Mother Provincial. Now she is the principal of Saguaro Elementary, an inner-city school where the custodian wears rubber gloves on his early morning rounds to clear the playground of used needles and condoms.

When Julie Mason, the district Superintendent, is found dead in the first-grade classroom of Elijah Stewart, the teacher becomes the prime suspect. Though Kate imagines there are plenty of people who would like to see Julie Mason dead, or at least out of the business of education, she is certain that Elijah is not one of them and sets out to prove it.

“Provincial Justice is a fascinating read. Moving between dream visits from the Mother Provincial of the convent, giving Kate advice, and the squalid, dangerous lives of her students. Each world is beautifully described.” —Nancy Farmer, author of The House of the Scorpion
Related Posts
Share This