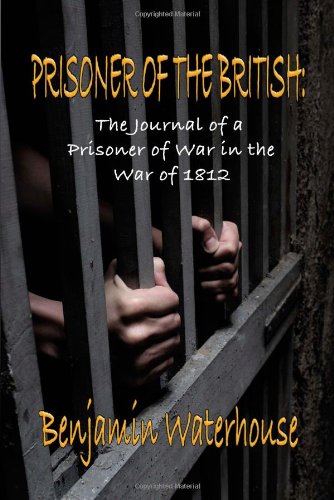 Prisoner of the British: The Journal of a Prisoner of War in the War of 1812

It's an account of life as a British prisoner of war during the War of 1812, and it's also a mystery. Prisoner of the British was originally released in 1816 as A Journal of a Young Man of Massachusetts, Late a Surgeon on Board an American Privateer, Who Was Captured at Sea by the British. As such it is an immensely readable, if eye-opening, account of the author's experiences as a British prisoner of war during the War of 1812. At first he was held at Melville Island, Halifax, then in a prison ship at Chatham, England, and last in the infamous Dartmoor Prison. His descriptions and observations of the characters and characteristics of three nations are truly remarkable-as is his detailed descriptions of the massacre of American prisoners at Dartmoor on April 6, 1815. But there is a mystery surrounding this book as well-a mystery that is debated to this day. Who wrote it? Benjamin Waterhouse, the pioneering American physician, is credited with authorship, but he would have been 59 years old when the story transpired, and there is no record of his ever having served in the military. Modern scholars now suspect a 21 year old seaman from Massachusetts by the name of Henry Torey, but no one knows for sure. Whoever wrote it, it's a must read for anyone who wishes to genuinely understand the War of 1812.
Related Posts
Share This