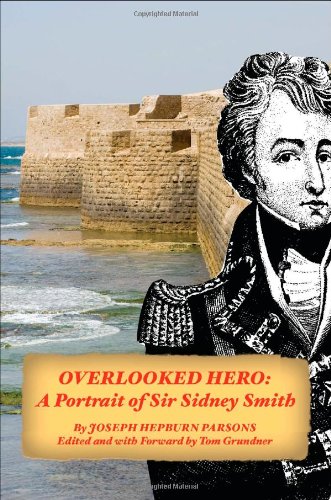 Lost for almost 100 years. An engaging portrait of the man who is arguably the greatest Admiral of the Napoleonic Wars-Sir Sidney Smith. Everyone knows the two greatest heroes and the two greatest battles of the Napoleonic Wars. They were Admiral Horatio Nelson's victory at Trafalgar, and Field Marshall Arthur Wellesley's victory at Waterloo. However, it's entirely possible that there would have never been a Trafalgar or a Waterloo if it had not been for one man-Sir Sidney Smith. Sir Sidney who? Yes, exactly. That's the point of this book. Joseph Parson paints an unforgettable portrait of a truly overlooked hero. It is not a history or a biography, as it makes no pretense at being exhaustive. Rather, in a short, easy to read, volume, he paints a vivid portrait of this man, and why he was so important. Consider just three of his many feats: In 1793, at Toulon, Sir Sidney personally destroyed 10 French ships of the line, and Nelson criticized him for not having destroyed more. In 1798, Nelson defeated 13 French ships at the Battle of the Nile. What would have happened if Nelson had faced 23 French? Would there have even been a battle, or would the hunter have become the hunted? In 1799, Napoleon marched out of Egypt to take Constantinople. To do that, he had to take the city of Acre first. In a two-month battle, a British naval officer-Sir Sidney Smith-defeated Napoleon, head-to-head, on land. His immediate superior, Admiral Nelson, never lifted a finger to help him out; yet, if Smith had not defeated Napoleon at Acre, there would have never been a Battle of Trafalgar. In 1807, Spain and France had divided Portugal, and Napoleon very much wanted to take Lisbon. At stake was a royal treasury estimated at 500,000,000 francs-money Napoleon desperately needed. Smith forced an indecisive royal family (and their treasury) to flee out of one end of town, literally as the French were entering the other. If Napoleon had gotten that money, would there even have been a Battle of Waterloo in 1815; or would it have been all over by then? If you only ever read one book about Sir Sidney Smith, this is the one to choose!
Related Posts
Share This