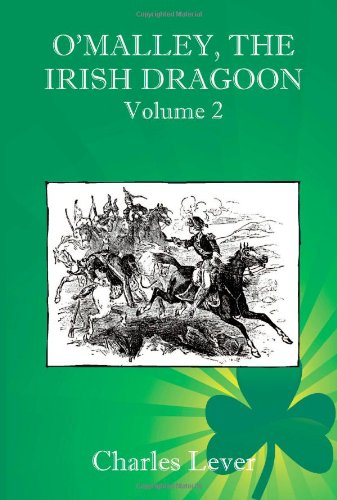 What happens when you bring a looney Irishmen into the British Army? Even more interesting, what happens when that army turns him loose on the French? Set during the Peninsular War, this is the rollicking story of an Irish dragoon, Charles O'Malley, and his equally uninhibited servant, Mickey Free. It is a mixture of riotous fun, humor, love-making, and military adventure; but it also shows the darker side of a very real, and very deadly, war. Volume One takes you from O'Malley's induction into the army, and through the British peninsular campaigns ending in the tragic and bloody Battle of Talavera (1809). Volume Two continues the story, and presents O'Malley's adventures up to and including the Battle of Waterloo in 1815. Taken together, they present both an entertaining and a sobering view of the war that finally ended the Napoleonic threat. 37 Illustrations "The great war amid which these scenes are enacted, and the romantic countries and inhabitants of Portugal, Spain, and France, afford a great variety of scenery, of adventure, and of comic and tragic incident. Your interest never flags for a moment." "With a combination of hilarious adventures and serious battle scenes, Charles O'Malley will charm you like no Irishman ever has."
Related Posts
Share This