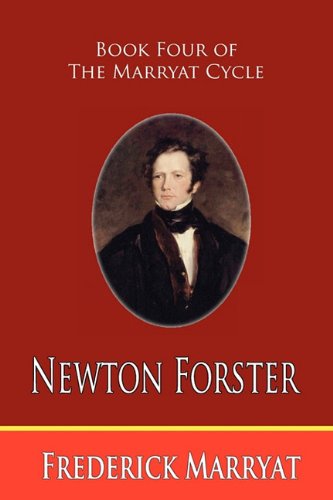 From the Father of Modern Nautical Fiction Newton Forster first appeared in 1832 as a series in Metropolitan Magazine, a periodical of which Frederick Marryat was the editor, and which initially hosted several of his works. It is remarkable in that it deals largely with the merchant navy, as opposed to the military. This makes it a refreshing departure from most of the books in this genre. Yet, despite this fact, there is no shortage of action as we learn that the ships of the Honourable East India Company not only had guns-they knew how to use them very well. Newton Forster, the master of a coastal brig, is illegally pressed into the Royal Navy. Through a variety of maneuvers, however, he winds up on an East Indiaman where he undergoes a series of adventures with the Bombay Marine-the East India Company's private military arm. Included are shipwrecks, escapes, and love interests as he eventually rises to command his own ship. Especially interesting is Marryat's fictional account of the Battle of Pulo Aura, in which a squadron of merchant ships engaged, defeated, and then chased a powerful French naval squadron in the Indian Ocean. The book appeared to rave reviews and proved to the skeptics that Marryat could not only sustain, but increase the excellence of his work with every new book.
Related Posts
Share This