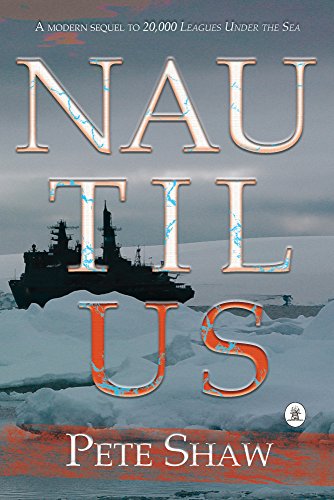 Nautilus: A Modern Sequel to 20,000 Leagues Under the Sea

A modern sequel to 20,000 Leagues Under the Sea

In the Arctic summer of 2021, two explorers are on a wide-ranging archaeological survey on board the small research vessel Polar Quest. The objective is to locate any surviving evidence of the disastrous 1928 Italia dirigible expedition to the North Pole. But rather than a lost airship, the expedition stumbles upon the wreck of a submarine, one that resembles the same Nautilus described by Jules Verne in 20,000 Leagues Under the Sea.

Was Verne’s famous novel an imaginative science fiction story or, instead, a fictionalized account of an undersea voyage that actually took place in 1867? As the two explorers descend to the sub and enter a study holding 12,000 volumes on Brazilian rosewood shelves, the questions multiply: was Captain Nemo a scientist, the entire Earth his laboratory, and evolution itself his experiment?
Related Posts
Share This