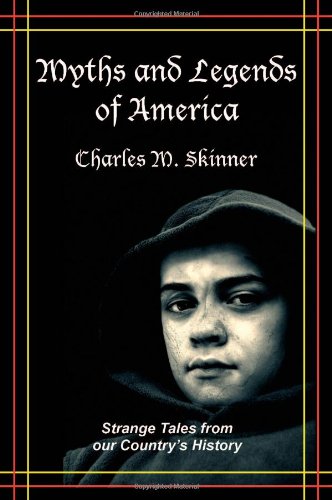 Myths and Legends of America: Strange Tales from Our Country\'s History

266 Strange Tales, Myths and Legends that Help Define the American Character. It is said that, compared to Europe, America has no real stockpile of myth and legend. As a nation grows forward, that supply accumulates backward, and America has simply not been around long enough for it to build-up. This book makes that belief itself into a myth. In the late 19th Century, Charles M. Skinner set about on a journey to collect the myths and legends of America before it was too late—before they passed into oblivion. Scouring old records, histories, newspapers, magazines, and oral narratives, he reconstructed 266 tales from all corners of our nation. This priceless record of our cultural heritage is presented in this Fireship Press edition. - How many New Englanders are aware that the Hudson River was created by one of the three wise men of Bethlehem fame? - If you live near the Great Lakes, did you know that Hiawatha was born on Mackinaw (Mackinac) Island? - How many Southerners know the story of the Biloxi Indian tribe that marched into the sea and drowned rather than surrender to an army of Choctaws? - Somewhere along the Purgatoire River in Colorado a fortune in gold is buried—put there by a Spanish infantry regiment that entered the valley... and simply disappeared. All of these stories and more—from every region of the country—can now be found in: Myths and Legends of America. It is where myth and history combine that legend is most interesting and appeals to our fancy or our sympathy most strongly... Charles M. Skinner
Related Posts
Share This