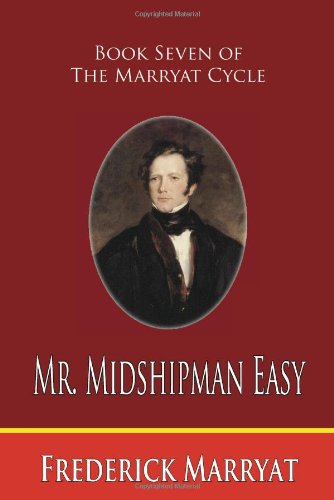 From the Father of Modern Nautical Fiction Mr. Midshipman Easy is probably Frederick Marryat's best known work, and justifiably so. It's a delightful story. Jack Easy is a boy who comes from wealth. Along the way, his father, who regards himself as something of a philosopher, imbues him with the notion that all men are utterly and completely equal. That is a notion, however, that is a tad alien to the 19th Century Royal Navy. Jack's beliefs are quickly put to the test when he becomes a midshipman and experiences the rigid hierarchy of a naval vessel-a hierarchy that must be maintained if everyone is to stay alive. In the process, he becomes friends with Mesty, an escaped slave who claims he was once an African prince. Together they face a host of adventures as Midshipman Easy comes of age. One of the more interesting sidelights of the book is the connection between Frederick Marryat and the famous Admiral Lord Thomas Cochrane. Marryat served under Cochrane and played a role in his controversial victory at the Battle of the Basque Roads. It is believed that Midshipman Easy is patterned after Lord Cochrane when he was a young man. Cochrane is also reported to be the model for the fictional hero, Horatio Hornblower.
Related Posts
Share This