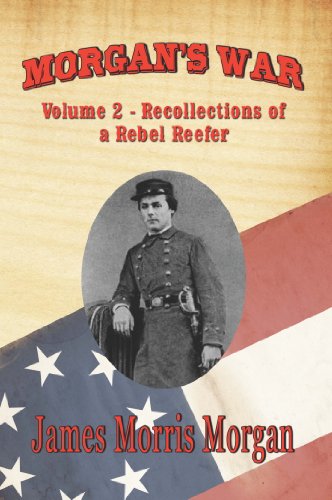 The Civil War as seen through the diaries of a brother and sister—one who had to fight it, and one who had to stay home and live it.

James Morgan was a 15 year old midshipman on the USS Constitution at the start of the Civil War, and a friend of many future heros on both sides. The war, however, forced a choice, and he chose to join the new Confederate Navy. From then until the conclusion of the war, he experienced the full gamut of the Civil War at sea.

As with others who served in that great conflict, however, his story did not end at Appomattox.

During a long and rich life, whether enduring privation, injury, loss, or disappointment—or enjoying the pleasures of friendship, and adventure—James Morgan was in every respect a true gentleman of the Old South.

This is his story; and it provides a remarkable insight into both the Civil War and it’s aftermath. Read it, and the story of his equally remarkable sister, in:

MORGAN’S WAR - “One of the most riveting Civil War reads you will ever have—made all the more compelling by the fact that every bit of it actually happened.”
Related Posts
Share This