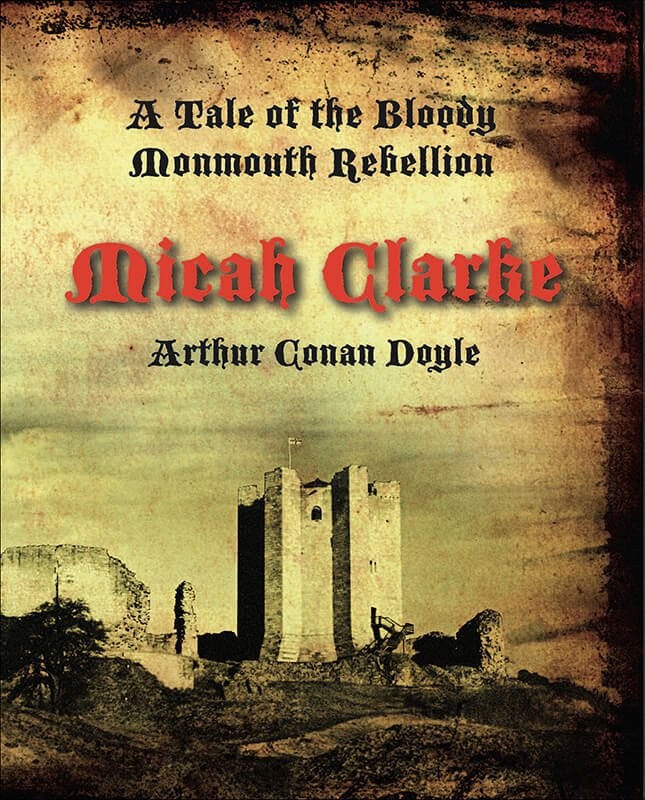 Micah Clarke: A Tale of the Monmouth Rebellion

MICAH CLARKE:
His statement as made to his three grandchildren Joseph, Gervas, and Ruben during the hard winter of 1734.

Sir Arthur Conan Doyle’s Sherlock Holmes stories are classics of western literature. But most people don’t realize that he was also among the best historical novelists of his day. Between 1888 and 1906 he wrote ten historically-oriented books, covering events ranging from the Hundred Years War, to the 19th Century British occupation of Egypt.

Fireship Press is proud to make these novels once again available to modern audiences.

It is 1685 and Charles II has recently died. Two people lay claim to the throne of England—James, a Catholic (and Charles’ brother); and James Scott, the Duke of Monmouth, a protestant (and Charles' illegitimate son). James II is awarded the throne, but Monmouth musters an army of 6000, mostly farmers, to challenge him.

Micah Clarke, a commoner, is caught up in the events; and he tells the tale to his grandchildren—the rising in Somerset, the glorious march toward Bristol and Bath, the calamitous defeat at Sedgemoor, and the “Bloody Assizes” of Judge George Jeffreys where hundreds of rebels were summarily hung.

It is a story that is masterfully told, by one of the truly great story-tellers of all time - Sir Arthur Conan Doyle
Related Posts
Share This