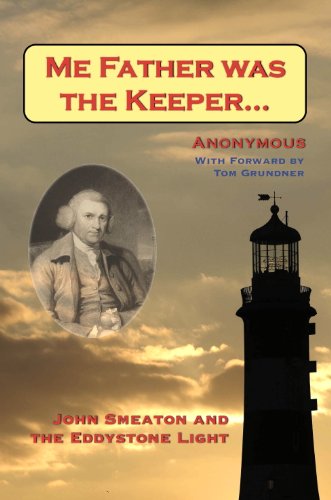 Me Father was the Keeper: John Smeaton and the Eddystone Light

Me Father was the keeper of the Eddystone light,
He married a mermaid one fine night…

The Eddystone Rocks are among the most feared and romanticized rock formations in the world. Guarding the approaches to Plymouth, England, over the centuries it has claimed hundreds of ships and thousands of sailors.

In 1696 Henry Winstanley tried to build a lighthouse there. It, along with the good Mr. Winstanley. were swept away in the Great Storm of 1703.

In 1706 John Lovett commissioned John Rudyerd to begin work on a lighthouse to which he could charge a toll to passing ships. Completed in 1709, it burned down.

It remained for a scientific instrument maker, and self-proclaimed civil engineer, from Leeds, England to complete the job. With amazing intuitive insight, John Smeaton borrowed his basic design from the shape of an oak tree trunk; and built a lighthouse that would stand for over 120 years. Eventually it became the standard design for almost all lighthouses around the world.

It’s a compelling story of both the tragedy and the triumph of genius.
Related Posts
Share This