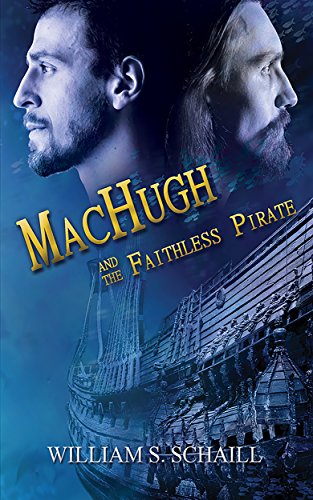 MacHugh and the Faithless Pirate

Robert MacHugh is a late 17th century Scots wine merchant and smuggler in New York who finds himself (not totally willingly) chasing pirates, perfidious French persons, angry Native Americans and others as a “favor” for a very powerful London power broker. A story filled with straining canvas, roaring cannons, spies, crooked Dutch patroons, Maroons and pretty girls, among other things.


A rip-snorting, swashbuckling adventure, that I was quickly caught up in. I liked the battle scenes, the storms and the part with the Maroons. The opening scene had a lot of atmosphere. I would have liked to know Kate a little better.

— Daniel Parrott - Former captain of the tall ships Pride of Baltimore II, Harvey Gamage, Bill of Rights and Tole Mour; professor of navigation at the Maine Maritime Academy; author of Tall Ships Down.


One of the most intelligent and honest sea stories I’ve read in years. Gripping and totally plausible, it illuminates what makes the varied human responses to life’s hard challenges so endlessly fascinating. This is adventure writing at its very best.