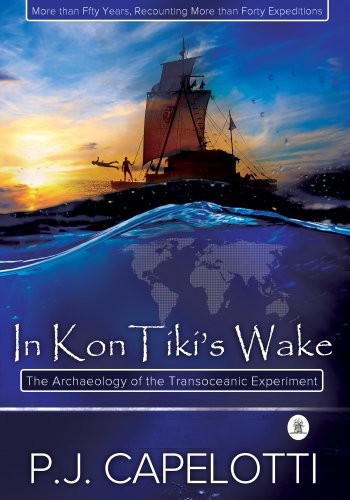 It was the original Survivor series, only without the omnipresent cameras, paramedics, and faux tribal rituals. Between the spring of 1947 and the summer of the year 2006, more than forty expeditions sought to drift across the oceans of the world on rafts. These audacious voyages began with the legendary Kon-Tiki expedition, under the leadership of the renowned Norwegian explorer Thor Heyerdahl. The Kon-Tiki raft drifted more than four thousand miles from Peru to Polynesia, and remained afloat months after experts predicted it would sink to the bottom of the Pacific. Heyerdahl’s radical thesis of a prehistoric world where ancient mariners drifted between continents on ocean currents electrified the postwar world. His Kon-Tiki: Across the Pacific by Raft sold twenty million copies in sixty-five languages.