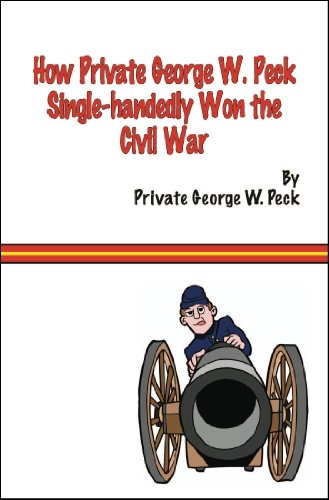 A humorous book about the Civil War?

Most people would contend that there was very little about the Civil War that was funny. George W. Peck would disagree; and he should know—he was IN the Civil War.

And who but Peck—George W. Peck—would return from the war, write the Peck's Bad Boy series of books, become the mayor of Milwaukee, and later the governor of the State of Wisconsin? Yup, same guy.

You have never seen the Civil War portrayed like this, by one of the truly unique characters of that era.