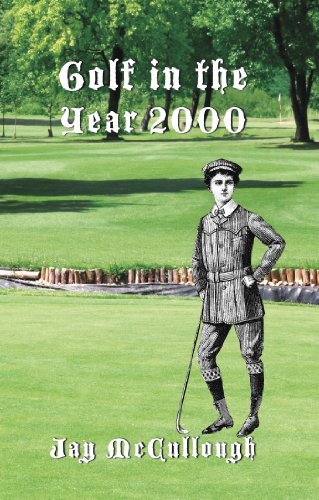 On March 24, 1892, Alexander Gibson, an inveterate golfer, fell asleep. He woke up the following day, March 25th—in the year 2000. This begins a series of adventures in which Gibson must not only learn how the game of golf has changed, but how society has changed as well.

On the golf course he discovers golf carts that drive themselves, golf clubs that automatically keep track of the user’s score, and mandatory jackets that yell “FORE” every time he swings. But this is nothing compared to the society he discovers with digital watches, bullet trains, television sets, and women’s lib.

“It’s almost impossible to believe that this eerily prophetic book was written in the late 1800s—yet it was. It’s a classic!”