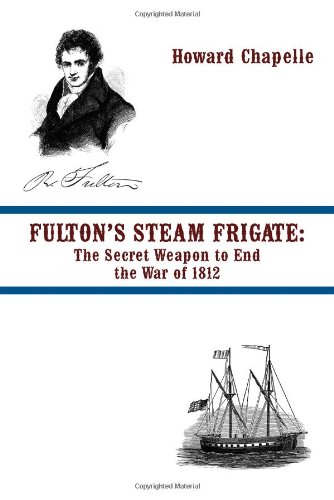 Fulton's Steam Frigate: The Secret Weapon to End the War of 1812

On December 24, 1813, Robert Fulton invited a group of friends to his home in New York City. The War of 1812 was in its second year, and the economic effect of the British naval blockade was crushing the fragile U.S. economy. At that meeting he revealed a plan to end the British naval dominance-a plan for what became the first steam-powered warship in history. For almost 150 years historians debated over what that ship, the Demologos, actually looked like. The only known picture was a patent drawing made for Fulton; but it was at hopeless variance with eyewitness accounts. Then something extraordinary happened. in 1960, a Danish naval architect was looking through a folder at the Royal Archives in Copenhagen. He was looking for some plans that were said to exist for the ironclad ship, the Monitor. They weren't there, but he found something even better-the plans to Fulton's vessel. With that discovery it was possible to prepare a model reconstruction of a truly revolutionary ship and, for the first time, to understand how it worked. Fulton's Steam Frigate brings the Demologos back to life. It is a superb summary of the history and design of one of the most radical ships ever built.
Related Posts
Share This