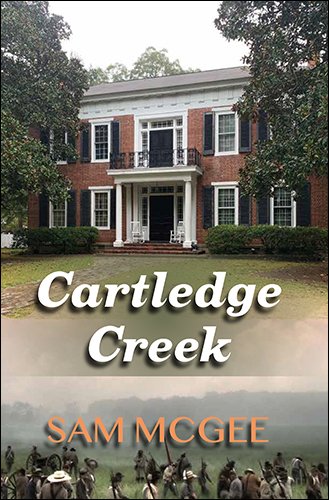 Jim Dockery was born of contradiction. His father, General Alfred Dockery, was Richmond County’s most prominent opponent of secession and most vocal advocate for black suffrage. Yet he was also the owner of the county’s grandest plantation with one of its largest concentrations of slaves. Though he opposed the war, General Dockery sent six sons to fight for the Confederacy. Jim, the youngest of Alfred’s soldier sons, follows a Civil War path that takes him through some of the war’s bloodiest conflicts, and into the North’s deadliest prisons. He daily risks his life for a cause of which he is uncertain, his real cause being to one day get back home.

“Cartledge Creek is a fine piece of fiction. My highest praise for a story is ‘a good tale, well told.’ And that fits this book precisely.”—Robert Inman, Author of The Governor’s Lady, Home Fires Burning, Old Dogs and Children, and Dairy Queen Days
Related Posts
Share This