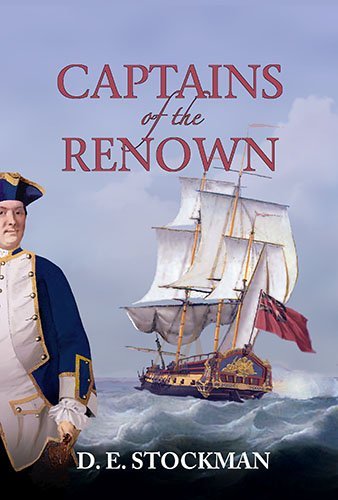 Captains of the Renown

The Seven Years War rages and the British frigate Renown returns to sea and the many lives she’s ferried turn upside down in this second book of the award-winning series. Abraham, an English shipwright, and his wife Yvette confront childlessness and poverty in mid-1700s London until help comes from his old friend, Captain Shirley. Unspeakable acts change Shirley’s life and transform Abraham, at a dear cost. Off the coast of France, Captain Mackenzie sails the frigate Renown into action, but the politics of Lord Fortrose force him into an unbearable assignment. The Siege of Havana tests his skills, but will it vindicate him? In this compelling story, historical and fictional characters’ morality and villainy collide with the final unexpected revelations rocking their destinies.

“With vivid attention to detail, a captivating plot, and richly-developed characters, Captains of the Renown is a must-read for historical fiction fans.” —Ian Nathaniel Cohen, author of The Brotherhood of the Black Flag
Related Posts
Share This