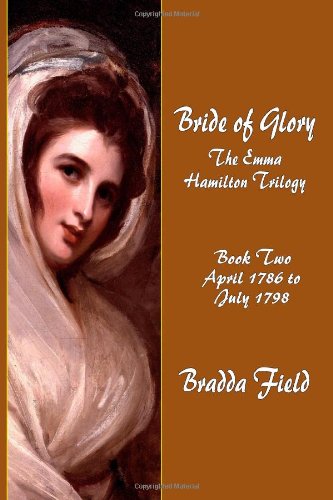 Emma looked dubiously from the red-hot stones and flaming cinders to the Hermit's distressed face. Thirty feet separated her from the chapel, thirty feet of fire hot enough to burn a Christian, let alone Emma Hart.... But there'd be no heroism if heroes considered before acting.... In 1786, compelled by necessity to distance himself from his alluring mistress, Charles Greville has sent Emma to his uncle, Sir William Hamilton, British Ambassador to Naples. For many months, Emma longs for Greville, but gradually her affection for Sir William, and his ardor for her, leads her to accept his offer of marriage. Emma goes on to enchant all of Naples, from royalty to washer-women, with her beauty, spirit, and remarkable singing voice. Her performances win her international acclaim, and her modesty wins her the special favor of none other than Queen Maria Carolina. The genuine affection that arises between these two women-one born a princess, the other the daughter of a serving-woman-elevates Emma to the highest circles and inspires her to wield power like a statesman. For Napoleon is bent on conquering the world, and Admiral Horatio Nelson is in need of as much help as an ambassador's wife can win for him. From an eruption of Mount Vesuvius during which Emma rescues religious icons from the consuming lava, to her efforts on behalf of a beleaguered British Navy, Emma is revealed as a heroine in her own right. Bride of Glory: The Emma Hamilton Trilogy Book 1 - June 1780 to March 1786 Book 2 - April 1786 to July 1798 Book 3 - August 1798 to June 1800
Related Posts
Share This