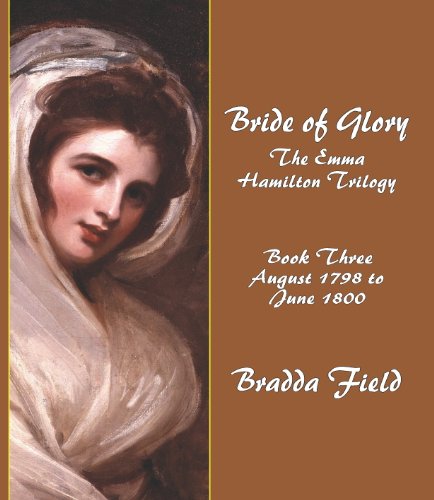 She was convinced that at last she had found the love of her life, the hero she had always sought. They were made for each other.... Like two halves of a broken vase, brought from distant places and rejoined after aeons of time.... 'Twas destined, sure enough.... But how bring Nelson to regard their passion as preordained and not as avoidable sin?
Emy Lyon has evolved into Lady Emma Hamilton, but the years 1798 through 1800 are going to unmake and remake her world.
The dissipation of courtly life eats away at her soul, while her marriage to the older Lord Hamilton fades to a platonic friendship. As Napoleon advances his army south and the French Revolution sends royalty to the guillotine, the king and queen of Naples begin to fear for their crowns, and their very lives. Queen Marie exhausts Emma with her anxieties, and King Ferdinand squanders his army in a doomed campaign.
In response to the unrest, Admiral Horatio Nelson arrives in Naples to direct the coastal defense of the region.  Emma is ecstatic, and for the first time in her passionate life, she is loved as greatly as she loves. But the turmoils of revolution and repression come to a head, forcing the royal family and their retinue to flee by secret passageway, guided by Emma herself, desperately trying to reach the protection of the British Navy and find safe passage.
But if Emma returns to England, how will she ever face down the scandal of her love affair and its consequences? However popular Lord Nelson may be, public sympathy is entirely on the side of his neglected wife, not with pregnant Lady Hamilton.