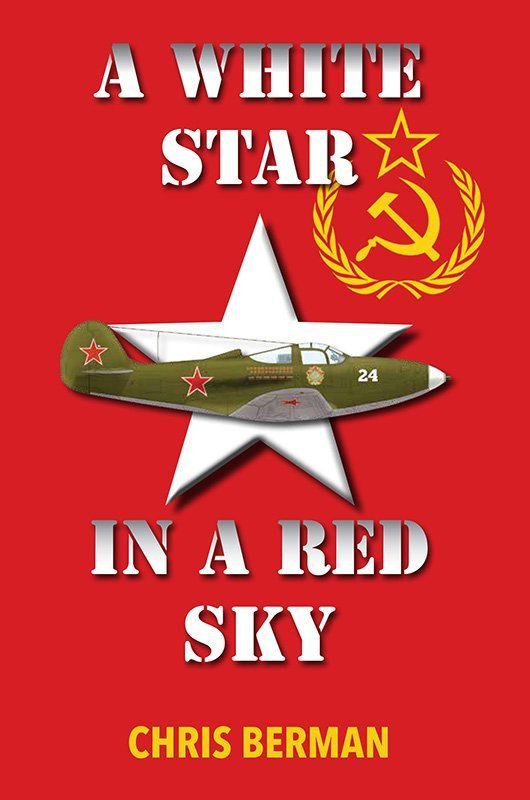 A White Star in a Red Sky

Two young women flying for their countries will form a lasting bond of friendship forged in the crucible of war!

Angela Moretti is a 19 year old American WAFS ferry pilot, bringing Lend-Lease P-39 Aircobra fighters to Alaska for Russian pilots to fly into battle. Angela lives with a terrible pain in her soul. Her kid bother has been executed by the Nazi SS. No one understands her thirst for revenge except Katya Leonova, a Red Air Force fighter pilot her own age, whose own family was murdered by the Nazis. Their shared tragedies will bring these two women together in friendship, with quirk of fate sending them together into battle over Russia. Concealing Angela’s true identity, the women will fight the Nazi invaders over Kursk, in the greatest land and air battle in history, and learn through an unexpected ally that forgiveness triumphs over hate and revenge.

“Chris Berman has written an imaginative tale set against the backdrop of World War II. The world’s first women to fly military aircraft join forces in the skies above the Eastern Front culminating in a dramatic story of courage and comradeship.” —Amy Goodpaster Strebe, Author of Flying for Her Country: The American and Soviet Women Military Pilots of World War II

“A riveting tale of determination and courage, A White Star in a Red Sky tells the story of a young American female pilot, who driven by a desire for revenge, flew planes into combat with the Soviet Air Force. Earning the title of ‘Ace,’ Angela Moretti learned that revenge did not ease the pain. By the time that her contribution to the Allied war effort ended, Moretti’s motivation had shifted from a desire for revenge to a determination to protect the innocent: Historical fiction at its best.” —Mary Kathryn Barbier, Associate Professor of History: Spies, Lies, and Citizenship: The Hunt for Nazi Criminals, Kursk: The Greatest Tank Battle 1943