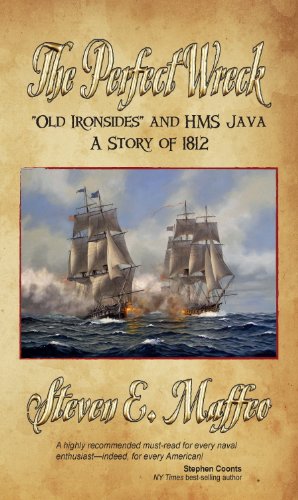 Steve Maffeo is the Associate Library Director at the U.S. Air Force Academy; a position he’s held for the past twenty-three years. For the five years prior to that he was a reference librarian at the Academy, with specific subject-liaison duties with the Department of History—among others.

In 2008, Maffeo retired as a Navy captain – after 30 years (both enlisted and commissioned) in the Colorado Army National Guard, the U.S. Navy, and the U.S. Naval Reserve. He had many assignments with many outfits; the last were as Commanding Officer, Office of Naval Intelligence Reserve Unit 0287 in Salt Lake City; Commanding Officer, Joint Intelligence Center Pacific Detachment Denver; and Director, National Defense Intelligence College Part-Time Programs, Washington DC. He was voluntarily recalled to active duty 1990-1991 during Desert Shield/ Storm, at NORAD / U.S. Space Command as a watch-team commander and flag-officer briefer. His awards include the Legion of Merit, a Defense Meritorious Service Medal, three Navy and Marine Corps Commendation Medals, a USAF Civilian Meritorious Service Medal, and a USAF Exemplary Civilian Service Medal. He also holds the Navy’s Information Dominance Warfare Officer Insignia, the Command Ashore Insignia, and the Air Force’s Excellence-in-Competition Bronze Badges for both rifle and pistol. “This is naval history brought vividly to life. The product of thorough research combines easily with Maffeo’s sense of the epic.The story will appeal on both sides of the Atlantic.”— Captain Richard Woodman, author of the “Nathaniel Drinkwater” novels

“Maffeo …is master and commander of his material …The book’s at its strongest in the terrific climactic battle…his historic characters become empathetic creatures of flesh and blood, leaping off the page [and we] care tremendously about their survival.” — Leslie Carroll, author of Royal Affairs