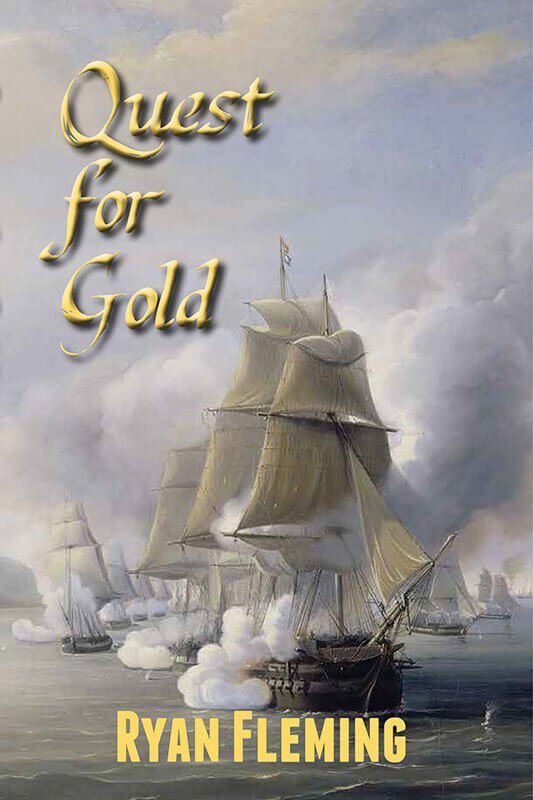 Growing up in South Carolina, Ryan Fleming is no stranger to the hunting grounds of Blackbeard and Stede Bonnet. Disgusted by the highjacking of the pirate legend by Hollywood and romantic fiction, Fleming wishes to show the truth of the era in all of its brutality. Fleming divides his time between Greenville and Charleston, South Carolina with his wife Sarah.

The Golden Age of Piracy.

The mighty British Empire held to ransom by a rabble of thieves. They went where they chose, did what they wanted, and stole whatever took their fancy. To the governors, merchants, and planters trying to build an empire, they were a threat. To the blue bloods of London, Boston, and Charles Towne, no one was more hated than the pirate captains who stole their gold. Until the noose and cannon snuffed them out, they held the world at their mercy.

This is a story of one of those tales.

“The fast-paced action and rich descriptions in ‘The Quest for Gold’ will delight the imagination of any Age of Piracy reader.”  —D. E. Stockman, author of ‘The Ship’s Carpenter’