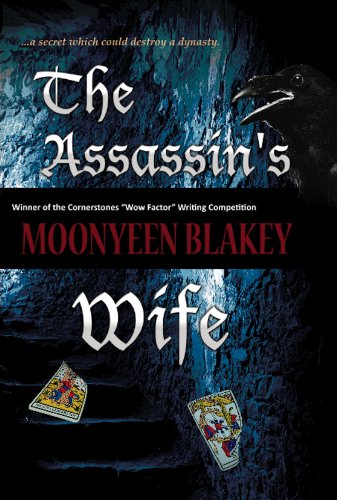 What do you know about Cleethorpes? Although called a seaside, it’s not strictly a sea which laps up its beach. The treacherous River Humber sweeps along this east coast and is known for trapping unwary “trippers” who go paddling and then suddenly find themselves cut off from the land. But each year visitors are lured by the attractions of golden sands, donkey rides, arcades and amusements.

Anyway, I was born here.

East-coasters have a reputation for being tough – probably because the winds here are cruel. But it’s worth walking the beach in winter, preferably at dawn or dusk, just to admire the wind-swept wonder of the scenery. The Vikings settled on this coast. Grimsby – sister town to Cleethorpes – was founded by one Grim who is remembered in the tale “The Lay of Havelock the Dane” and the town became a famous fishing port.

I live in Lincolnshire. My father, who was proud to be a Lincolnshire “Yellerbelly,” brought me up to appreciate the treasures of the county Henry VIII once called “the most brute and beastly shire in England.” No doubt the king’s opinion was soured by the memory of the Lincolnshire Rising of 1536. But dismiss Lincolnshire as just a vast swathe of flat, agricultural land, and you’re making a big mistake. Walk the Wolds and you’ll soon change your mind. Lincolnshire enjoys a few secrets. I often refer to my region as “the forgotten county” because much of the country’s population has decided it has nothing to offer by way of “culture” or history. Lincolnshire folk just smile when they hear this. They’ve grown accustomed to hiding their hidden assets from strangers.

My Junior School was called Old Clee and I owe it a great debt of thanks. It was new when I started and its staff had an innovative approach to education. Under the auspices of genial Headmaster, Freddie Frost, I thrived. There were 56 pupils in my class, but teachers encountered very few problems with unruly children then. Instead they captivated us with thrilling tales that stirred ;the imagination. Reg Lowis, himself a published author of children’s stories and a wonderful painter, nurtured my creative writing skills and artistic talent. Olive Little inspired my life-long interest in theater with her improvisation-based drama lessons. I still possess a copy of the book of plays she published and I like to think we inspired her to write them. Books loomed large in my life from as long as I can remember and school reinforced my pleasure in them. Never will I forget Mr Harriman’s rendering of Buchan’s “The Thirty-Nine Steps.” These teachers influenced my developing talent as a writer as much with their personalities as their teaching methods from the mysterious Mr. Tindall in his pin-striped suit and his catch-phrase “By Jingo!” to the gentle Mr. Wright who moved us with tales of John Keats as a young doctor. All were striking characters.

From Old Clee I moved to Wintringham Girls’ Grammar School. Here feisty Miss Chalk continued to foster my love of literature as we studied for “A” levels. And walking back and forth to school each day, I entertained my friends with the most terrible “serials” I’d written. But I wanted to act. This passion for drama drove me to the Royal Scottish Academy in Glasgow. After a long period of unemployment, however, I decided I must give up my dream of working in the theater and start earning. Enrolling in a crash course in English at Bishop Grosseteste College in Lincoln led to a career in teaching where my theatrical experience proved invaluable. But most of all it colored my writing.