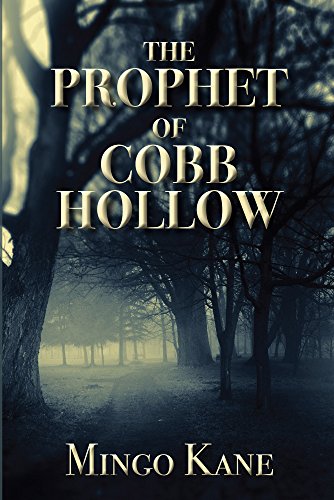 Mingo Kane was born and raised in the Shenandoah Valley of Virginia. After high school he left the Blue Ridge Mountains, and entered the United States Army where he served as a sniper with Bravo Company, 1st/75th (Airborne) Rangers.

During his military career he traveled and explored the world, survived a Blackhawk helicopter crash, and endured some of the Army’s most demanding training.

He is a graduate of Blue Ridge College (creative writing) and has written for The News Virginia and has been published in several fitness magazines. Kane’s previous books include Gemini Man and Scars of the Prophet.

Retired now except for writing, Kane is an avid outdoorsman and long-range shooter. He can be found hunting or fishing the mountains near his home when he’s not at work on his latest novel.

“From the opening page, Mingo Kane’s The Prophet of Cobb Hollow will sink its teeth into you and refuse to let go… Reuben Judah is truly a legendary figure who rode and fought with some of the greatest warriors and gunslingers in United State’s history. Inside him, however, resides a soft heart that remains in constant distress—trying to correct the wrongs within his shattered world. Kane’s haunting prose will linger long after the final lines are read.” –Marguerite Wainio, editor and publicist

“The author adds depth and life to the main characters. He also does a good job blending historical characters and events, which helps make his story feel true to life. An entertaining read that I highly recommend.” –Historical Novel Society (click here for full review)